What Goes Around, Comes Around: An Ear for an Ear

In 2010 at Tenwek Hospital in Kenya, John fixed the earlobe of a patient who came in for cataract surgery. The patient seemed more happy about his ear than having his sight restored. Almost 9 years to the day later, John found himself in need of a similar favor. 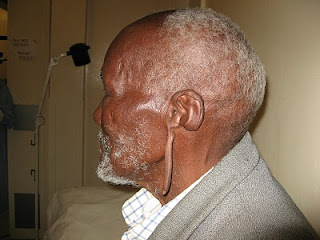 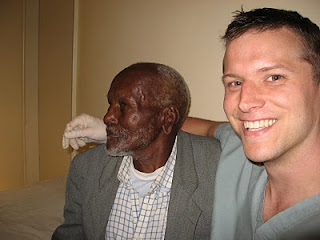 We were just wrapping up a heated game of Dutch Blitz with the Fader family on Saturday evening when some of the kids decided it would be a great idea to play a trick on Uncle Jason (who chose to spare us all from a humiliating defeat and change the oil in the van instead). The weapons of choice (water balloons) were switfly loaded and plans were made. John, Heather, kids and I stealthily crept out to the “man cave” where Jason was busy at work. Unfortunately, he was underneath the vehicle, surrounded by lots of items that really shouldn’t get soaked. So, the kids left, disappointed that their plans were foiled.  However they quickly perked up when I suggested that we switch targets to John. We waited for him outside while he talked to Jason.  And we waited.  And we waited some more.  Seriously, how much is there to say at 9PM?  At one point, we even knocked over an empty crate thinking the noise might cause him to come out to investigate.  Alas, no.  After more waiting, John finally emerged, but the noise had made him suspicious. He spotted us right away and made a mad dash for the house.  We were on his heels and had him surrounded when he said, “I think I ripped my ear.”  Not sure whether he was fibbing to get out of his predicament, we paused … and wondered whether it was okay to pelt him with a water balloon even if he was actually hurt.

A quick glance proved he had indeed torn his ear on a branch, but it wasn’t bad enough to stop him from grabbing a balloon from one of the kids and smacking me in center of the back.  My aim was right on too though.  Our ammo was quickly exhausted and we took a closer look at the injury to analyze the extent of the damage.  I wasn’t about to touch it (just writing about it gives me the shivers), so I took a picture for him to look at. 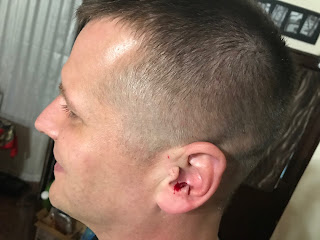 It was decided that a few stitches would be required to repair it properly.  Fortunately, Darrell Baskin, former teammate & retina specialist who happened to be around for a 2-week visit, was up to the task. 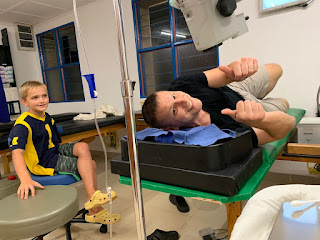 Patient being prepped for surgery 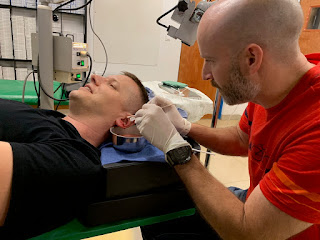 Cleaning of the surgical site 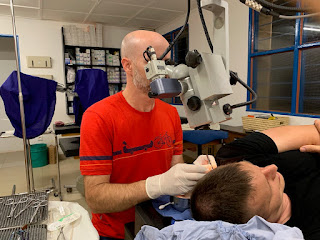 Surgery commences, and micro-surgery for that matter! 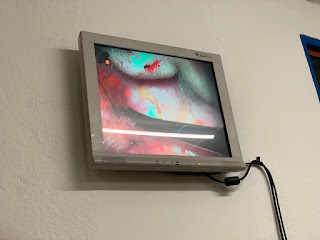 Viewing for Micah & Sam made possible by the surgical camera 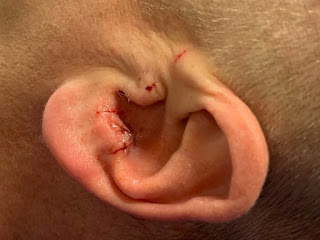 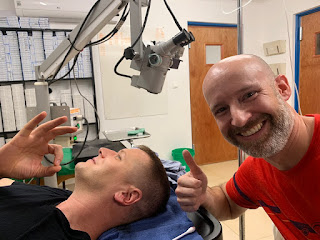 The offending branch was cut down the next day to prevent future injury. 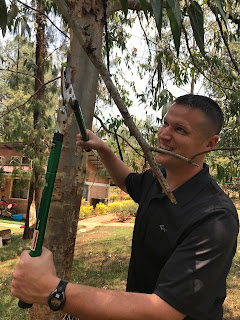 For more stories about times we've had to treat each other, visit these links.  Not surprisingly, this isn't the first time John has had to have a teammate stitch him up.

John, you're such a good sport!