For Unto Us a Child is Born


In the last several decades, international health efforts have significantly reduced the number of children under 5 years old who die.  It's quite a victory, though there is a long way to go.  Kids still die in terrible numbers from stupid stuff like malnutrition, diarrhea, and pneumonia.  But they do it a lot less frequently than they used to.

There is, however, one section of this problem which has had a notable lack of progress, and it is the neonatal period, or the first month of life.  If you get sick during this period, your chances of survival aren't nearly so much improved as if you get sick later.  The graph now looks like this: 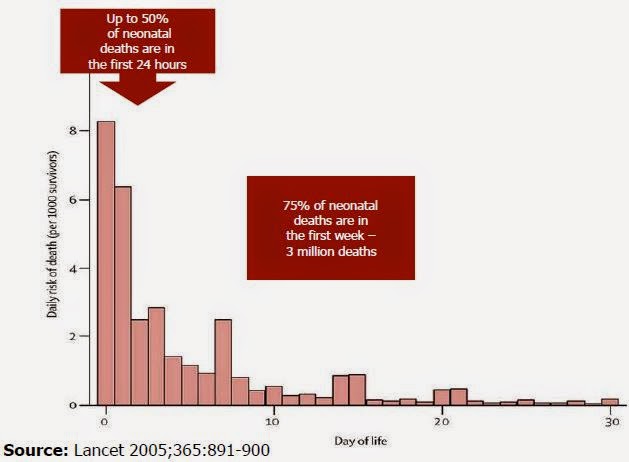 ***
Our time in Kenya gave us a good vision of the possibility of intervening for these little kids, and arriving here, Alyssa was determined to get a little neonatology department going.  The hospital administration graciously gave her a room in the maternity building, and Jason had a few incubators built from local materials.

But she persevered.  (My single contribution was realizing the inaccurate weight problem was because the nurses and students didn't know how the use the scale.  I wish all solutions were that simple.)

Now that Alyssa is gone, I have gravitated over to Pediatrics, and I found a marvel.  Somehow, in the last few months, this service has transformed itself into something young, simple, but very legitimate.  My first day rounding, I found about a dozen patients on neonatology.  The increase in numbers is expected, since there is absolutely nowhere else to go to get care for these kids, so they get referred to us.  I approached it with a bit of trepidation, but I found reliable records and growing babies.  A few antibiotics, a good feeding regimen, and mother's milk.  And you can save so very many lives.  Lives that will hopefully have many decades in front of them.

That first day I had the privilege of discharging this little baby (seen here in Jason's homemade incubator, modeled after those used at Tenwek in Kenya): 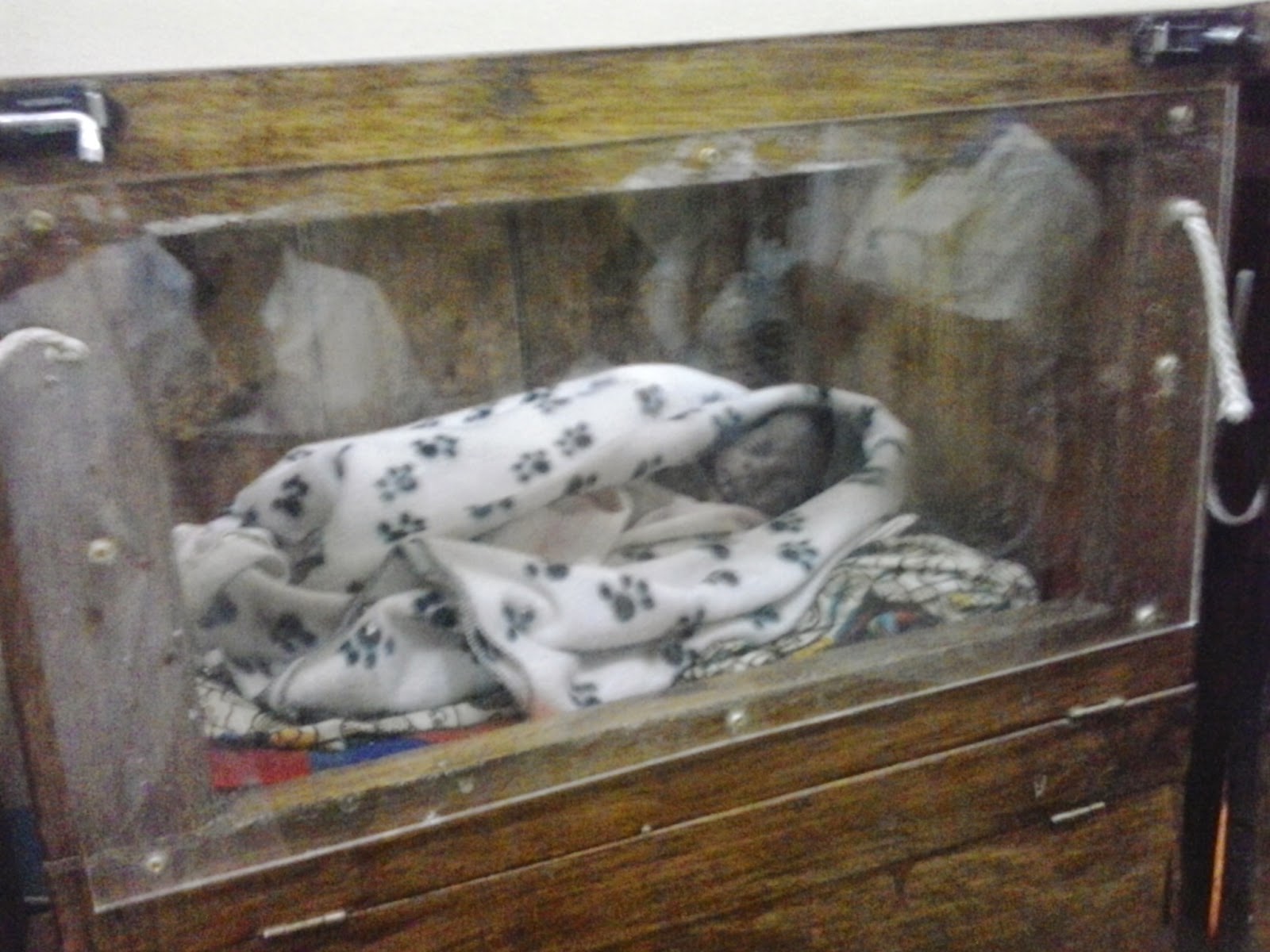 This little one was born around 900 grams (i.e. just a shade under 2 pounds).  900 grams!  Here, in rural Burundi!  In a wooden box made by Jason.  Milk and a few antibiotics.  There are many that size that we lose, and we will continue to lose them.

But not all of them.

Here at Christmastime, we celebrate the coming of a baby.  God didn't skip that step.  It has been said that, in the incarnation, God ennobled the human race, and that we are to treat others with even more dignity because, not only are they made in God's image, but one time for all, God was made in our image.  And so a baby came.  A baby like this one.

Yes' ashimwe. (Jesus be praised)
Posted by The Drs. McLaughlin at 3:46 PM

Email ThisBlogThis!Share to TwitterShare to FacebookShare to Pinterest
Labels: updates

Thank You Lord for that little baby, for those saved and those You will save! Thank You for the work of your servants!