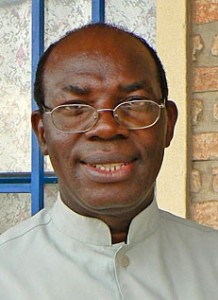 When we received word that Bishop Elie had passed away from cancer on Easter Sunday 2013, our hearts were brought low.  A truly great man was lost in Burundi that day, one who had been used of God to do so much for his country.  He was the catalyst for many, including the McCropders, to dream great dreams for what God could do in Burundi and surrounding Central Africa if one was willing to join God on a bit of an adventure.  I had the tremendous privilege to attend his funeral on behalf of our team this past Friday in Bujumbura along with fellow World Harvest missionary, Randy Bond. 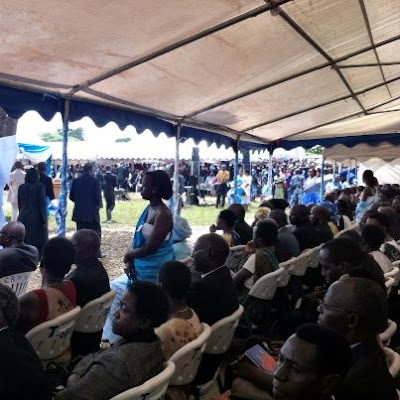 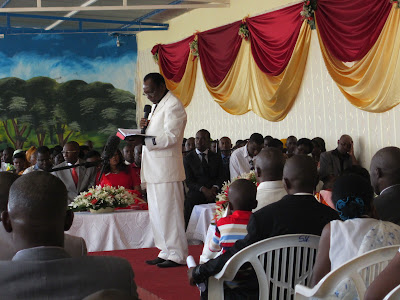 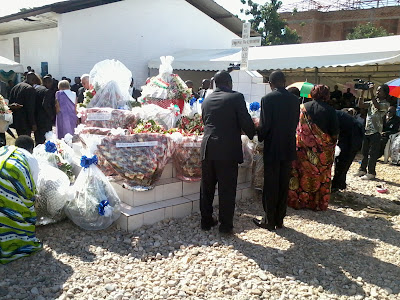 When war erupted in Burundi in 1993, Elie Buconyori was already in Kenya as a pioneer missionary.  The numbers of Burundian refugees rose in Kenya as the genocidal war raged on in his homeland of Burundi.  God put a passion in his heart for the education of Central Africa's youth fleeing conflict in not only Burundi, but Rwanda and Congo as well.  He began organizing make-shift schools in Kenyan churches starting with primary and eventually working his way up all the way to a university.

Hope Africa University was born in 2000 with a first class of just 4 students.  In 2003 as the war began to wane, HAU was transplanted to Burundi.  God blessed it abundantly.  Today it has well over 5,000 students with a vast array of undergraduate and graduate programs.  We will be joining the school of medicine to aid in the development of their primary teaching hospital at Kibuye.  In a country ravaged by over a decade of war, it cannot be understated what it means to Burundi to have a Christ-centered university producing young professionals who our champions of reconciliation and peace, just as their Rector, Bishop Elie was.

The largest newspaper in Burundi recently ranked Bishop Elie as one of the five most important people in Burundi and he was given the nation's Medal of Honor last year.  Why?  Here are a few amazing facts about the Bishop.

Education was clearly this man's great passion.  Knowing that angels are not omniscient, it was joked at the funeral that the first words to come out of the Bishop's mouth when he met God on Easter Sunday were likely, "God, can we open a school up here for the angels?"

Everyone was at the funeral to pay their respects to this great man who helped bring peace between tribes, dialogue across religious divides and much, much more.

He leaves behind his widow Joy and four adult children.  As you can imagine, all are very well educated and capable, but losing a husband and father, especially in Africa, is a big deal.  He also leaves behind a church, university and the McCropders not knowing what the future holds.  As worry or fears try to take hold, we remember that we trust in a God who knows how to bring life from death.  Our future is not founded on a great man who is now gone (even though that is very tempting to think and feel) but it is anchored in Jesus Christ.

Please pray for the the Buconyori family, the Free Methodist Church, Hope Africa University and the McCropders as we find our way without Elie Buconyori, a man who provided us vision and endless optimism for what God could do.  Many important decisions regarding future leadership will be taking place in the coming weeks.  Please pray for wisdom, discernment, humility, peace and divine guidance for all those involved.
Posted by John and Jessica Cropsey at 5:09 PM

What a rich experience to be able to reflect on this man's life with representatives all around you of the nation that he so profoundly impacted! It is both challenging and inspiring to consider the vast number of great things a single human being can accomplish in a short span on earth. May God raise up Burundian leaders to follow in his footsteps and continue the work that he started!

Hi John,
That sounds like quite an experience. We will continue to pray for you all. Love and hugs from your cousins in Michigan.