Children who grow up in a culture other than their own have experiences that cause them to see the world a bit differently. It has been such a pleasure for me to spend time with the kids here, and learn about their lives and how they think about and perceive things. I have compiled a few stories to give you a taste of what it is like for me to witness how this life has grown and shaped the wonderful young ones that are part of my life here at Kibuye.

Towards the end of the school year, we took a field trip, of sorts, to the waterfalls to look at the ecosystem of insects there. Equipped with their nets, and with the guidance of Mary Wiland, they set out to collect any and everything that moved within the water. I have never seen a group of students so excited to catch and investigate things in nature, especially those that crawl! 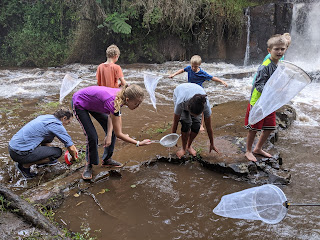 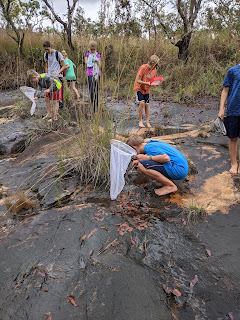 While having lunch with one of the students, I asked her what she looks forward to about going to America. And her answer was…pre-measured butter! It was definitely not what I was expecting to hear, but now that she has pointed it out to me, I see just how helpful it is to have the measurements on the wrapping of the stick of butter! It really saves a lot of time.

There are motor bikes here that are called Pikis. They are what many people use as transport, and the team even owns some as well. The other day, I heard a child say, “mom, can I have a piki-back ride?” She was meaning to say piggy-back ride, and it was the cutest thing ever. Only here would a child think of a Piki, before thinking of a piggy.

I went grocery shopping with a family last week. Their daughter walked around with me and helped me choose the best brands of each product. She knew exactly what kinds everyone here buys, and why they are better than the others. In a community that is so close, these are the things kids learn quickly I guess.

I was sitting in my hammock the other day, when a four year old on our team walked by on her way to the playground. She stopped and asked if she could sit with me in the hammock instead of going to the playground. So she climbed in and we sat and chatted about life and the book of Proverbs for about 20 minutes until it was time for her to go home. We talked about the Proverbs 12:18. “Some people make cutting remarks, but the words of the wise bring healing.” We discussed what a cutting remark might look like, and the meaning of the verse. What a sweet moment it was with her, for both of us to grow in our understanding of the Bible. 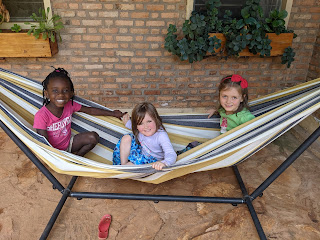 There are many guava trees on the compound, and, as I learned from the kids, it is guava season! So the children here spend at least a part of every day working hard to get the ripe guavas off the tall trees to eat. A couple weeks ago two of the kids were determined to get me a ripe guava to try, because they were sure I would like it (I had tried an unripe one a while ago, and it was not my cup of tea). After spending the better part of an hour trying to get some down, one girl said, “we need a longer stick.” So she took me over to the large bamboo plant in the middle of the compound, and we worked together to pull off a very large, very stubborn stalk of bamboo. Finally, it came off, and they continued with the quest for a ripe guava. After over an hour of trying different trees and different methods, they finally got a good one, checked it to make sure there were no maggots, and gave it to me to enjoy. And it really was delicious! This is such a good picture of the innovation, determination, and thoughtfulness of the kids on the compound. They worked really hard, using many different techniques just to find me a ripe guava because they thought I would like it. 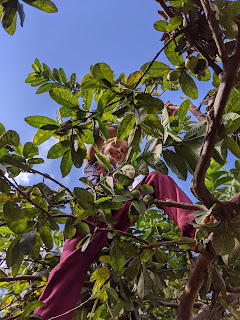 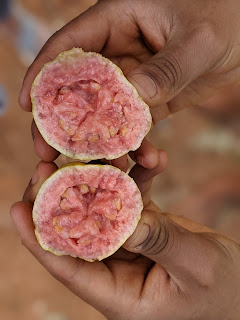 On top of these stories, I love seeing their excitement over chocolate, helicopters, bike rides, hikes, games, and many other things. Not to mention their vast understanding of things like chickens, cars, carpentry, making things from what is available, fruits and vegetables, lizards, the French and Kirundi Languages, and so much about different countries around the world. The things they know and experiences they have amaze me, and I absolutely love learning from them.
Posted by Erica Ause at 7:13 AM