Congratulations - you built a House!

{NOTE: This post is taken from a recent newsletter our family sent out to our supporters - but it applies equally to all of you who support this team in any way. If you'd like to receive Watts Family updates you can sign up HERE}

One of the true joys we get living and working here in rural Burundi is the opportunity to link your generosity with the deep needs of the people around us. 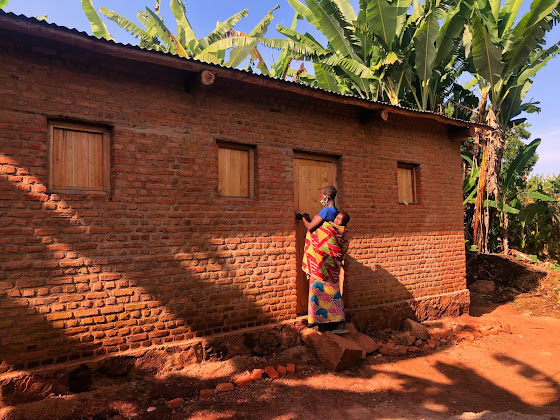 Mama Bella is a woman that Susan first met at the feeding program several years ago when she was bringing her extremely malnourished daughter Bella to get food. When Susan started to get to know the family she learned there was also a son with severe vision problems, as well three other children. The father has some significant cognitive disabilities needs surgery for a growth on his head, and was unable to work. 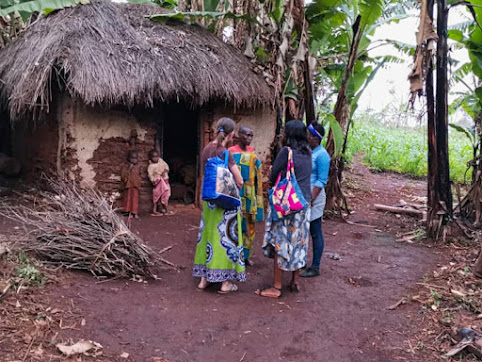 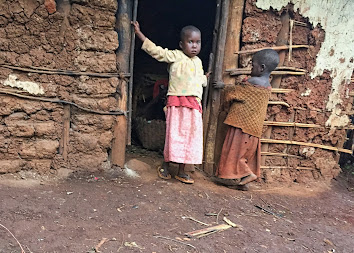 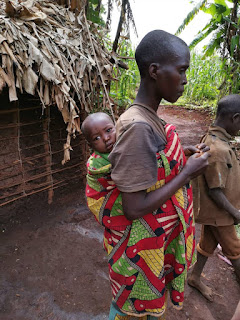 You can see their previous house. It was tiny, dark, leaky. The single room was almost always muddy, as the roof leaked so much.
It was pitch dark as the roof didn't keep out the rain, but only the sun. It had no door. No windows. Not even tall enough for an adult to stand up inside. The family ate and slept in that one small mud room that many rural Burundians up here would not use for their animals.

In a culture where social standing is clear and important, having one more strike against you (no proper house) is not just a physical burden, but also a social, emotional, and mental drain. 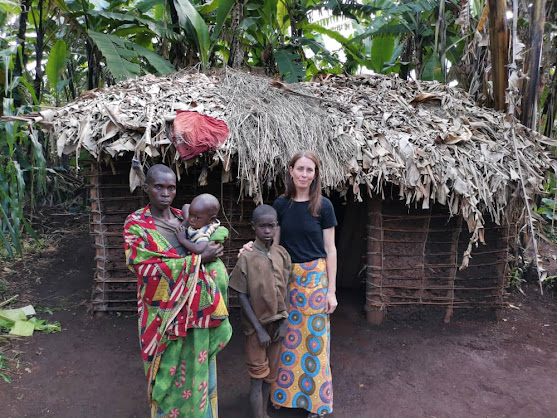 It's hard to get ahead when you spend so much time and effort just trying to keep your family dry & safe. Constantly having to reapply mud to the walls, and leaves and grass to the roof was a losing battle they had been fighting for years.

We talked with our Burundian colleagues and determined what this family needed was a helping hand. A leg up. They've been hit hard repeatedly, and need something to help give them hope.

We coordinated some of our construction workers who were between projects at the hospital to design and build them a new house. 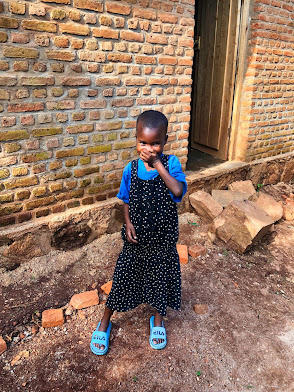 Yesterday we drove out to visit the family and see the finished house. Actually, we took Mama and Bella back home as Bella was just released from the hospital for malaria. She's much healthier again and was really excited to get home.

Actually - she was also pretty thrilled to drive in the back of our Land Cruiser. As soon as we started driving away from the hospital, she started giggling to herself, and could barely contain her excitement of being in a car the whole way home.

Here is the family in front of their new house. It is spectacular so see this. 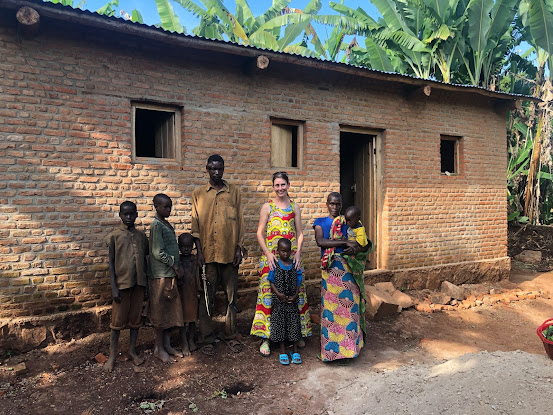 Their new house would not be considered fancy by western standards, but the upgrade is massive. They now have a tin roof, that will keep out the rain for years to come. The walls are solid brick, built on a proper stone foundation. They have wood doors and windows that can be closed and locked. The floor is cement. They have four rooms inside, and a small outdoor cooking spot out the back.

The difference is shocking.

We hired construction workers who live out near the family, or who owned bikes, to do the work. Our incredible construction supervisor oversaw the work and ensured it was done to the same quality as anything we build. Every guy on the team seemed to want to make sure this family (finally) got something nice.

The kitchen to me is extra special as it was done by our construction workers, but they weren't paid for it. There were some construction materials left over, so they guys used some, traded some with neighbors for what they needed, and volunteered their own labor to build it. It's just a small shed with a clay-tile roof, metal walls, and a simple door - but it's a clean, dry place for them to cook over an open fire so they can prepare food without filling their house with smoke. 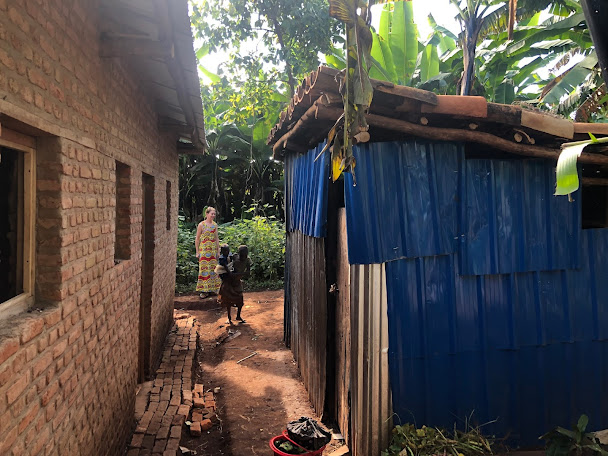 These are workers who make a couple of dollars a day, who took an hour to get to the worksite, who have families of their own to support. They gave their time and expertise to provide a working kitchen for this family.

So now everything is great?
Not even close.

This family will still struggle to feed themselves, the father still has no work, the son still has vision problems. However, there is safety, stability, and dignity that comes from having a proper house. A roof that does not leak, a door that you can actually lock. Windows that can be closed. A floor that is not mud. They have a leg up now as a family that will make a difference from this day forward. They can spend less time gathering leaves to patch their roof, and more time tending crops. The kids should get sick less now that they won't be lying in the mud at night. They don't have to worry that any item they acquire - starting with a cooking pot - may get stolen.

It's a big deal for this family - and you made it possible.

The Bible tells us over and over that one of the fundamental ways we serve God and worship him is by taking care of the poor, the sick, the orphan, the widows. Those who have been beaten down by the powers of this world. In this case, we (you & us together) had an opportunity to do just that.

Your support and our construction team's talent came together to make this family a home.

And that is incredible. 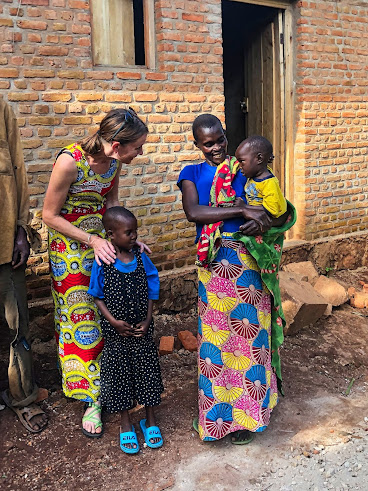