Elise and I were on a bat cave adventure a couple Saturdays ago when I took a gander down the Chepkulo River and thought, "Shoot, that looks like a fantastic ride for an inner-tube."  I grabbed Jeremiah "Sticky" Galat, and we headed into Bomet to find our rides.  We eventually found our lucky tubes at Oil Lybia, our handy local gas station.  Now, these tubes required about an hour's worth of patching before they would hold air, but they looked tough otherwise.  We bought a few back-up patches and glue just in case we might spring a leak.


On Sunday, Sticky, Jason and I got geared up for this adventure and took off after church. 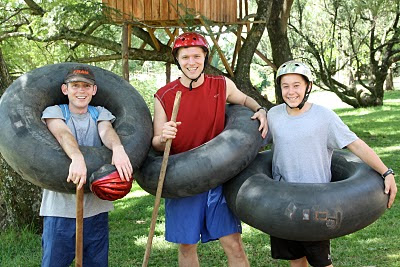 Our point of entry -- the foot of the Tenwek Falls.
Our destination -- Bomet, deemed to be anywhere from a 1 to 3 hour float down the Chepkulo. 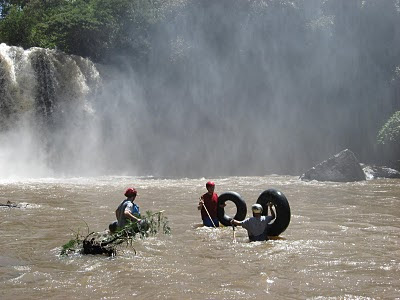 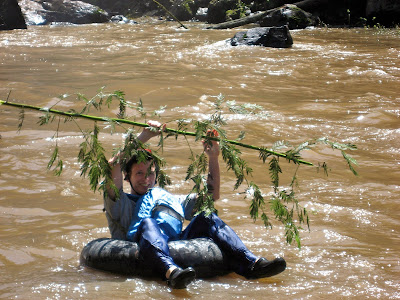 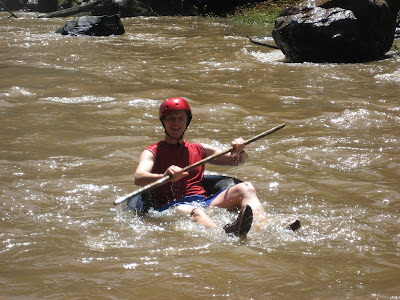 Despite its tropical appearance, the water was FREEZING cold.

Our initial plan of carrying sticks to push off of razor sharp rocks lasted approximately 1 minute as we hit the first set of rapids.

Eager spectators....Elise, Alyssa Pfister, & Dan Galat went to see us off.  Little did we know we would have other spectators along the way.  Saturday & Sunday are popular bathing days, so we took many bathers by surprise.  It soon became obvious that people were calling their friends after seeing us because after awhile we had people waiting for us.  When we came within their sight, they would start cheering for us. 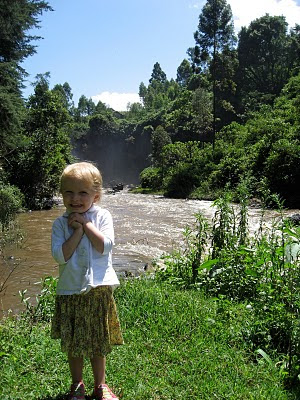 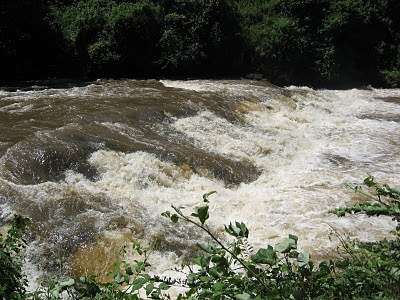 Jason's descent down the first set of rapids...going... 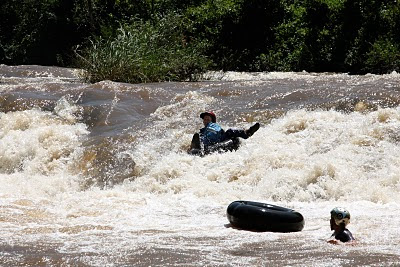 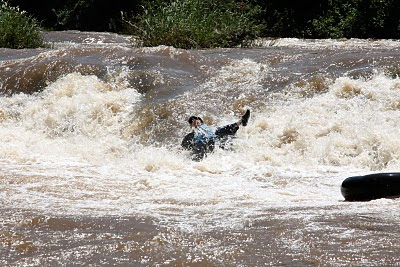 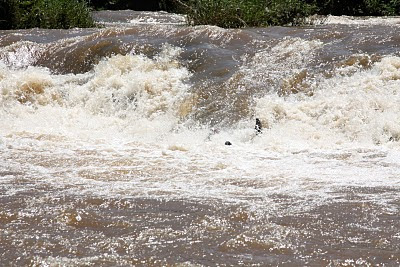 Coming back up for air! 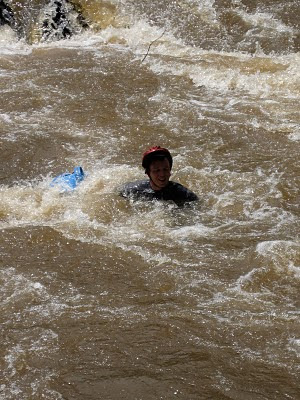 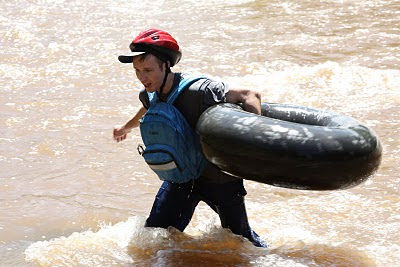 John's descent wasn't quite so successful.  For some reason, the heaviest guy got the smallest tube.  The poor tube didn't make it through the first set of rapids. 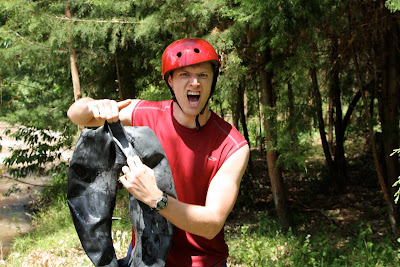 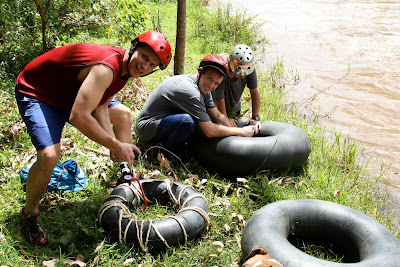 Successful repair.  This tube was saved as a back-up. 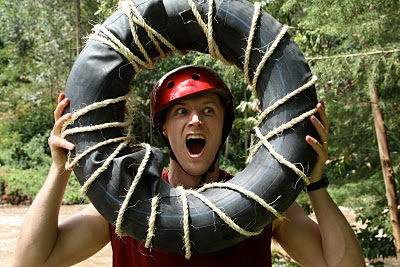 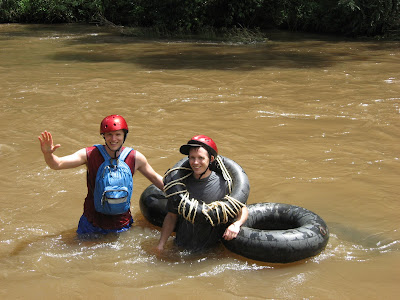 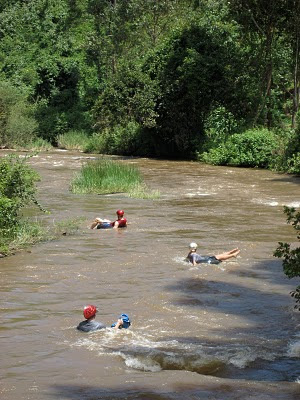 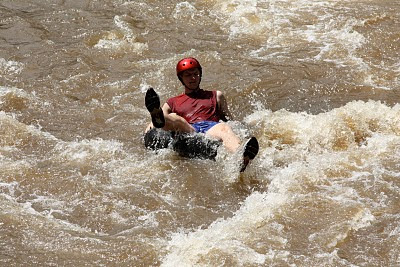 After about three hours we started to wonder if the river would actually take us to Bomet.  Some people we asked were convinced that Bomet was right around the corner.  Others said it was still a long ways away.  Fortunately, the latter were correct and we made it to Bomet soaked to the bone, shivering, and with very sore bottoms.  We made our way to the matatu (taxi) station and finally back to Tenwek.  We both took hot showers, ate some chili, and dressed in the warmest clothes that we brought! 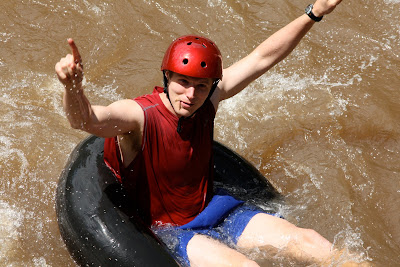 Back home safe & sound, with only mild flesh wounds. 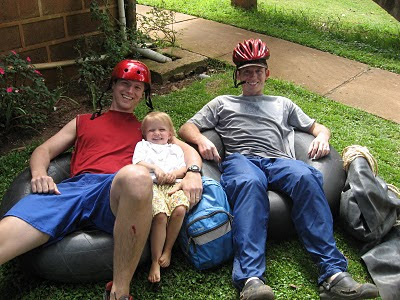 Posted by John and Jessica Cropsey at 2:14 PM

Oh, Shawn would have loved that too! Crazy!

Funny thing is, that's exactly what I'd expect you guys to do in your free time. Anyone build a giant catapult yet?
-pbast

Somehow, it makes me feel better to see that all three of you wore helmets of some sort. :) Way to be smart about it AND take advantage of a great river!!!

I hope they sell good disability policies in Kenya.

I'll never look at tubing down the Delaware as an adventure again! John - I'm so NOT surprised you came up with this. I wonder what Jess's reaction to your trip was? Probably hsyterical laughter :)

I suppose it is hopeless to tell you crazy guys to be careful out there. I'll look to your guardian angels instead.

I would expect nothing less from you, John. You never disappoint.