Last week, I (along with Michael and Jason) had the chance to attend a surgery conference in Bujumbura, organized by the Burundian Surgery Association (ABUC). It was the 15th annual general meeting and scientific conference, and this year’s theme was trauma. Over the course of 2 days, various presenters shared their latest research in an atmosphere of professional collegiality and collaboration. Jason gave a presentation on the current cleft lip and palate program at our hospital. I was also mentioned as a collaborator for a study that presented data from one of my former medical students’ theses (regarding retrograde intra-medullary nailing of middle and distal third closed femoral fractures). Additionally, I find that I learn a lot about what’s going on at other hospitals in Burundi and get a broader picture of our hospital in relation to the others. 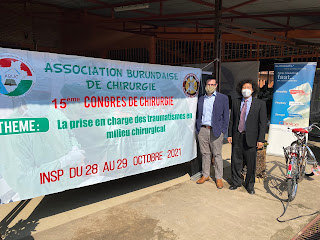 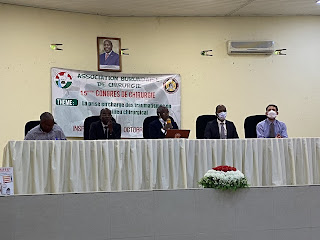 ABUC was started in 2007, at which point in time it was estimated that there were only 20 surgeons in all of Burundi for a population of 8 million people. Nearly 15 years later, there is an estimated 35 surgeons (now for a population of 12 million), including the five of us at Kibuye (Jason, Michael, Lijalem, Ben, myself) as well as 2 other PAACS graduates (one in Karusi, one in Bujumbura).

As you can see in the photo below, there were quite a few participants at this year’s conference, significantly more than the last time I had attended a few years ago. The participants include a variety of health professional students, physicians, surgeons, and other interested individuals. It’s incredible to see such growth in the conference, but I am similarly excited to see the growth of ABUC as an organization, which reflects recent increases in the number of new surgeons in Burundi (including 4 urologists!), many of whom completed their residency training outside the country. 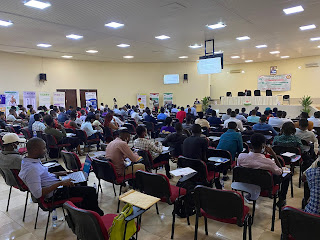 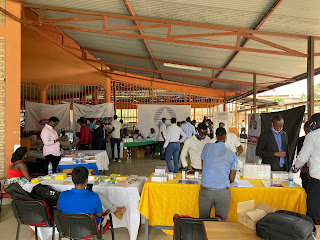 Beyond the academic aspects of the conference, there is also a meaningful social piece. The conference affords opportunities to meet and talk with other surgeons in Burundi (with whom I don’t have regular opportunities to interact since I live and work at Kibuye). I also ran into former HAU medical students, who have since graduated and are now working as doctors. I even ran into a current HAU anesthetist student, who had just completed a rotation at Kibuye last month. My favorite part was the special evening social event, where we were able to chat with other surgeon colleagues over scrumptious appetizers like chicken kabobs and samosas. 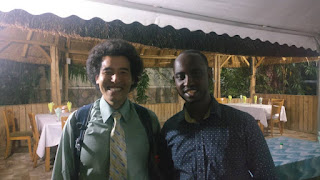 I’m grateful for our surgeon colleagues in Burundi and for the shared desire to see the quality of and access to surgical care improve throughout the country. I look forward to continued collaboration and future exchanges between our hospital and others, especially after our PAACS surgery residency program is approved and underway.

Posted by Ted and Eunice John at 3:22 PM