Travel in, to, and from African nations has always been a challenge.  Airports are crowded and chaotic, flights are sporadic and often changed.  There are visas to purchase, sometimes at the airport and sometimes ahead of time, occasionally on websites that don’t work, and even once in awhile, an exit visa to procure before you can leave your host country.  You can never check in online, and the internet doesn’t report flight updates (due to the “low likelihood of accurate information”).  Upon arrival into said international airports, there are many forms to fill out, many lines to stand in, and not always many people who speak your preferred language or understand the fact that you may not know what you’re doing.  Once you’ve made it through the gauntlet, your luggage might or might not have arrived and if not, who knows where it is and if/when it will ever arrive (and if it does arrive, where it should be held or sent to so that one day you will see your luggage again).  Finally, will someone be there to pick you up?  Hopefully yes, because your cell phone doesn’t work in this country. 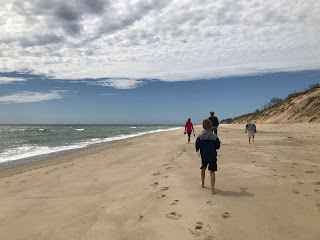 Posted by The Drs. McLaughlin at 2:26 PM