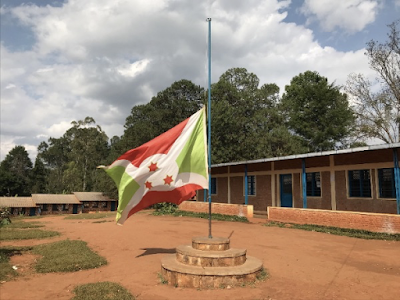 Burundi is in mourning.  On Tuesday last week, the government announced that His Excellency President Pierre Nkurunziza died on Monday, June 8th from a cardiac arrest.  He was 55.

In the eyes of many who suffered decades of brutal violence and oppression, he was a national hero who ushered the country into a time of relative peace after 12 years of civil war. The whole country is observing a week of mourning and the East African Community is flying flags at half-staff until his burial.

After 15 years in power, President Nkurunziza was in the process of stepping down, and we are very thankful for peaceful elections that took place last month.  Pray for Burundi's President-Elect, Evariste Ndayishimiye.  This week the Constitutional Court decided that he will be sworn in as soon as possible rather than await his planned inauguration in August.  This ceremony will take place tomorrow. Like all current world leaders, he faces unprecedented challenges in our time, so please remember him in prayer.

Posted by John and Jessica Cropsey at 2:41 PM