By Jason
We have not posted any "Cases of the Week" (COTW) lately, despite the fact that every week we are all presented with something that expands our minds and keeps our noses in the books.  So much of what we see are common diseases/injuries that present long after they started, for one reason or another, which makes them more difficult to treat.
This case is no exception. It was a young man in a car accident who had a posterior hip dislocation. 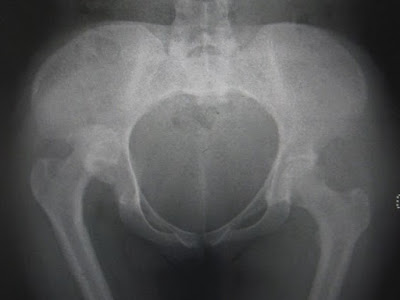 We see these once every month or two.  But this one had occurred several weeks before he came to the hospital.  I remember years ago when I treated my first patient with a hip fracture, I looked in a great book called Primary Surgery, which gives incredibly poignant advice on most anything a surgeon would encounter in a developing world hospital and how to treat it with limited resources.  The picture that accompanies hip dislocations is below: 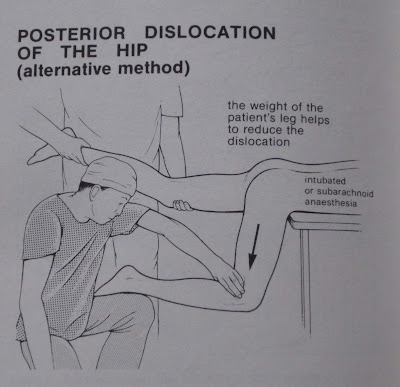 This seems to imply that putting the hip back in the socket takes about as much force as patting a dog on the head.   I have found that this picture grossly under estimates the amount of force necessary, especially for a hip that has been dislocated for a few weeks.  For our patient we gave a spinal for complete relaxation (sometimes we can do it with just sedation).  Then we tried pulling up on the patient's leg while he was on his back (this often works, but requires a pretty strong back on the part of the healthcare provider it requires moving the patient to the floor, so that no one would fall off the bed.  See poor example below.). 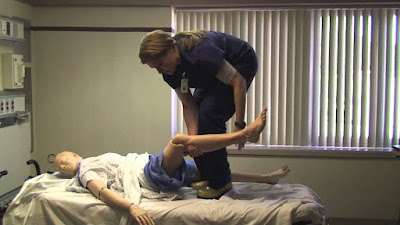 When that didn't work we flopped the patient back up on the OR table and progressed to the maneuver in the first picture, but we couldn't generate enough force.  So finally we had a medical student sit on the patient's calf while another held the ankle and then did some gentle rotations, swinging the patient's leg back and forth and then we heard it - the wonderful clunk of a reducing joint.  Maybe this can be named the "Kibuye Method for Reducing Hips" in the next edition of Primary Surgery!  The patient did well and was eventually able to walk again without any difficulties. 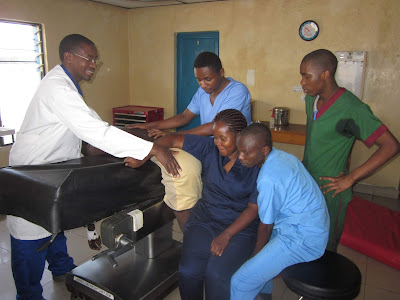 Posted by Jason and Heather Fader at 3:37 AM

Praise God for creativity and for success!

I'm praising God for the relief this patient felt! Such creativity and hard work! Well done!