Sundays, I think they’re pretty great. Church, time with family, time for long walks and at 3pm comes the pinnacle of the week for many on our teammates: ultimate frisbee.

I had never played ultimate frisbee before coming to Burundi. And for those of you who have never played, this is the gist: There are two teams and one frisbee. The goal of a team is to pass the frisbee person to person down the field into an end zone to score a point. Once a person catches the frisbee they cannot move from the spot where they are standing, they must pass the frisbee to a teammate. The frisbee can move in any direction. The opposing team tries to block passes and intercept the frisbee. The game is fast moving with a lot of running up and down the field following the frisbee. Making the game a little more challenging is the fact that the field we play on is not exactly even, there are many divots and even a gigantic baptismal hole just beyond one end zone. 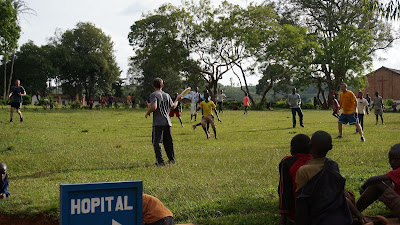 To be honest, although the rest of my family plays weekly, I still don’t often play. However, you can find me hanging out on the sidelines, cheering on the players and socializing with the spectators. There are always plenty of spectators! 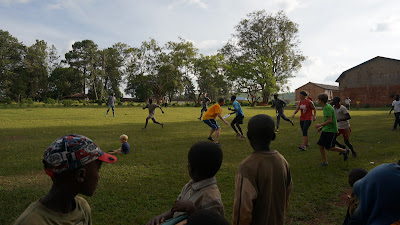 One Sunday afternoon I took a long walk with some of the ladies on our team. We crossed the main road and then walked up a series of paths to an area where none of us had been before. After quite a ways a teenager started walking with us and practicing his English. When we asked him to point us back towards Kibuye he led us down tiny paths and back to the main road. Then, he shook our hands and said “Goodbye, see you at 3 for frisbee.” I was shocked. This kid lived pretty far from us, and yet since that day I’ve seen him many times on the sidelines of the field watching the game and eager to practice his English.

I think this story points to the greatest part of Sunday’s ultimate frisbee games, the community it’s brought together. The Burundian doctors and their wives, people who work as guards or making busoma, and students from the local elementary school all join together with our teammates of all ages on the field, eager to play. Another group joins together on the sidelines to chat and cheer them on. There is also usually another group of spectators gathered on the road on rout to or from the hospital and wondering what game is being played.  Frisbee is not a game the Burundians grew up playing, it was introduced to Kibuye by our team and has really taken off. In fact, I’ve recently seen young kids in our community playing frisbee with the lids to oatmeal cans on the dirt paths by their homes. 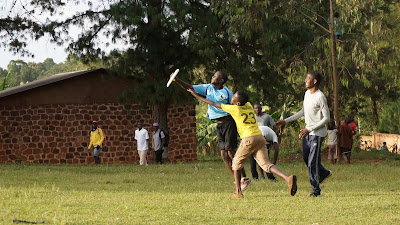 For Carlan’s birthday this year he decided to take our ultimate game up a notch and host a tournament.  He even made a trophy for the winners.

Four teams signed up for the tournament. One of the teams was made up entirely of Burundians, the FC Busoma team. This was the first time that we’d played with one team being just Burundians.  They dominated the field! It was incredible! I was playing for another team and yet I couldn’t help but cheer when they scored because the speed and agility with which they played was astounding. Although we all played hard that day, FC Busoma took home the trophy. Everyone was quite excited about the well deserved win! 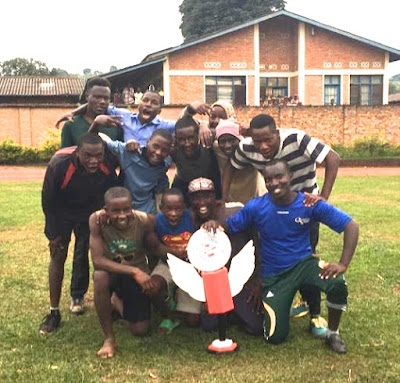 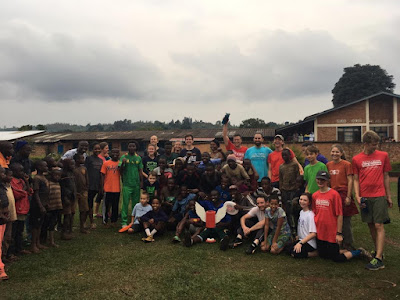 This is just fabulous!! Love that you are doing this with the community you are in. It would be a delight to be on the sidelines cheering on the teams!

This might be my favorite blog post ever, from any blog, for all of eternity times infinity

Love the energy and joy in these pics!!!