Twice a week, over 150 chronically malnourished children, along with their mothers and perhaps a couple brothers and sisters, make the long walk to Kibuye to receive a cup of warm fortified porridge called Busoma and a small sack of the nutritious flour to take back home with them.

Last week, they also received something else -- a special performance of the Christmas story by the kids of Kibuye Hope Academy. The children have been working very hard on this Christmas pageant for several weeks now — rehearsing during music class, as well as in French and Kirundi classes, and even working on their singing, dancing, or speaking lines after school let out.

Under Julie’s direction, and with the added musical talents of Michelle Wendler, the kids sang songs, danced, and shared the message of the hope of Christmas with over 500 people at the hospital on Friday. Ella Sund told the story in French, and Anna Fader spoke in Kirundi.

They first performed at the outpatient malnutrition Busoma program, then performed a second time in a courtyard adjacent to the hospital. I was rounding in the Pediatrics ward at the time that they were setting up for the second performance, and there was a rustle of excitement that went through the hospital. Everyone that was healthy enough went outside to see what was going on. Most of the patients on my ward (and therefore, my rounding team as well) decided to take a break from rounding and went outside so we could all watch the show.

Here is a video I took of the second performance. Julie introduces the group and describes what they are going to present. Silas, one of the hospital chaplains, translates into Kirundi for her. After it is finished, she also shares the gospel in a simple way and invites anyone who wants to know more to speak with the chaplains. I am so proud of the work that the kids and teachers put into sharing the love and hope of Jesus’ coming with the hospital community. They scheduled two more performances this holiday season: one yesterday at the local elementary school (pic below), and finally at our local Kibuye church service on Christmas Eve.


Here are a few pictures of the first performance at Busoma, and some of the second as well.  While I thought that they all did a great job, I was surprised to also find myself impacted emotionally as I watched first the angels, then the shepherds, and then the wise men, all bowing down before the newborn king of kings. Especially as they sang “Noel, Noel” in three different languages.  I thought about how we will one day bow before the throne, along with people from every tongue, tribe, and nation. 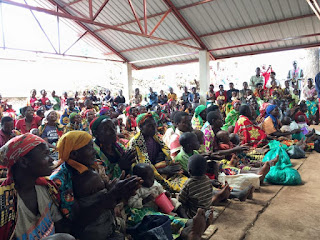 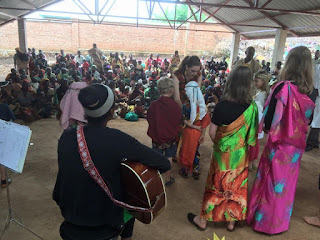 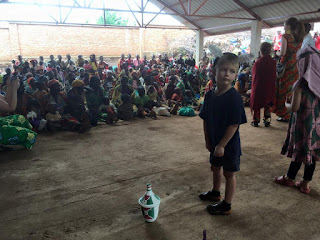 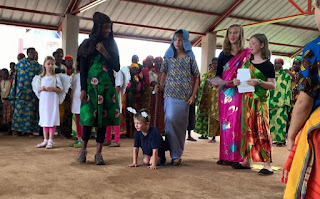 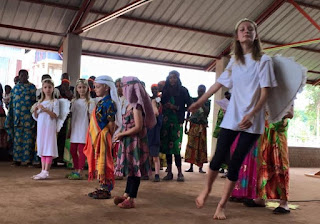 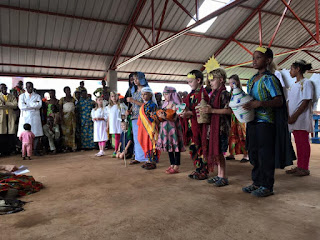 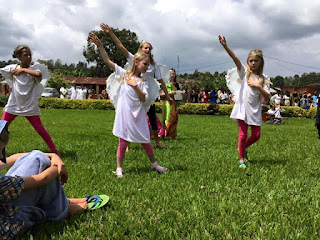 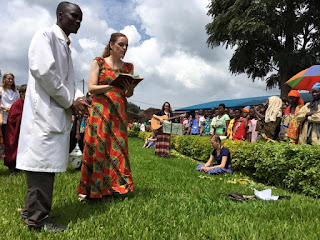 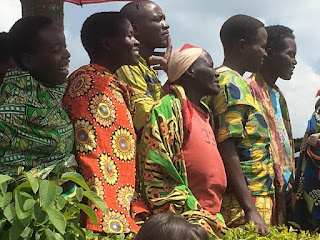 And at the local elementary school yesterday... 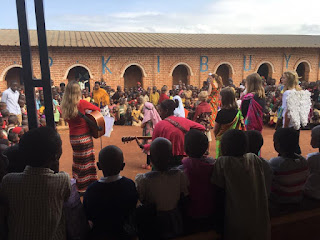