I'm not a big picture person. I tend to focus on the details of the task in front of me and to think about how to best care for the particular patients and families I'm seeing. It's overwhelming for me to think about the bigger picture of changing an entire system. But God has continued to surprise me by bringing people into my life who complement my detail-oriented perspective with big dreams for future change. This is most evident in the evolution of our care for premature and sick newborns at Kibuye. 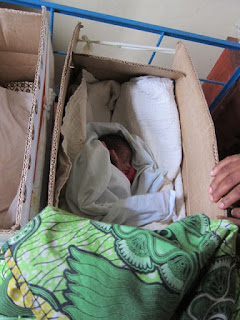 January 2014. When I first began practicing pediatrics at Kibuye, I found the premies in cardboard boxes completely covered with layers of (often wet) blankets, sometimes with gloves filled with warm water next to them. The babies weren't even included in the hospital census as individual patients, but were lumped in with their mothers. Most premies died in these conditions. I began small steps to open charts for the premies, to round on them daily as a pediatric service, to give them antibiotics and aminophylline as needed, and to attempt kangaroo care instead of cardboard boxes. 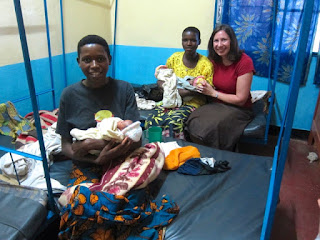 But thankfully the Grant family dreamed much bigger than I did. They were friends of mine from Alabama and had 2 children who were NICU survivors - at the NICU where I worked during my residency training. When they heard about the plight of these premies, they quickly raised funds for us to build our first NICU. 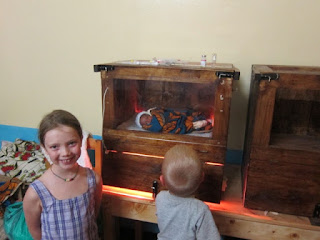 We opened in May 2014 with 4 homemade incubators (thanks to Jason Fader - not just a surgeon!) and 3 beds for mothers. 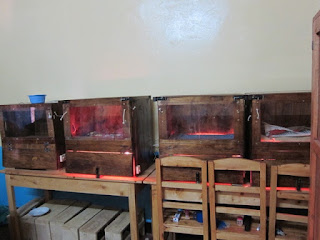 This new space worked pretty well for 2 years, but it quickly became crowded. Last spring we had 14 babies and mothers squished in there or overflowing into OB rooms. Plus the Burundian tradition is to bring new mothers gifts of produce, so the room quickly became an attraction for critters. Again, I started small with encouraging the hospital janitors to clean more frequently and thoroughly - and I continued to care for the patient in front of me. But teammate Caleb Fader, engineer extraordinaire, dreamed bigger... 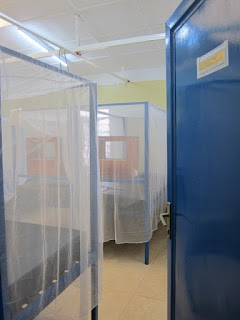 And voila! Our new 11 bed NICU! The construction team tore down walls and the ceiling, vaulted the ceiling and added skylights, painted and put down floor tile, and invented these ingenious combo mother/baby beds. 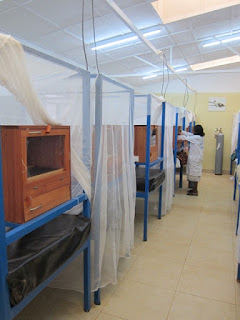 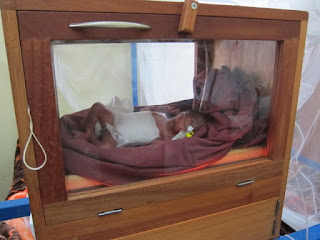 They also improved on the incubator design in several key ways. They can be opened from either side for the mother to access from the bed or the peds team to access for care, there are fewer holes for critters to sneak into, and the lights are easy to turn on or off as needed to regulate the baby's temperature. Our other engineer Tony is also bring special thermometers back from the UK for each incubator. 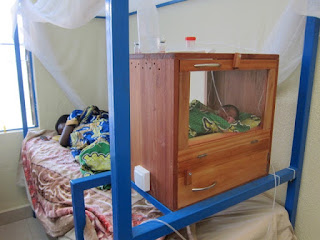 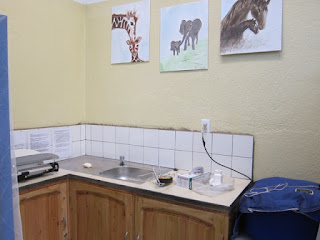 And this is still the Benjamin and Jud Grant NICU complete with beautiful artwork from their mother Melanie. The blue machine on the right is a phototherapy machine for jaundiced babies - also an ingenious design courtesy of Little Sparrows, a Boston based company started by a neonatologist there. 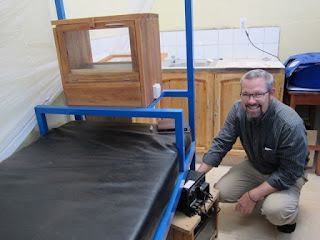 And then last week just as we moved into the new NICU, a team of electricians showed up. Jonathan (pictured above) has 2 kids who are NICU survivors (twins born at 28 weeks 18 years ago) and thus he was especially concerned about our problem with power outages at night. The power is out for about 8 hours every night and thus the tiniest babies get too cold even with kangaroo care. One 29 week twin actually died last week from hypothermia while the power was out. So Jonathan developed a battery backup system and installed it for a trial incubator. It works! We put the surviving twin in there (weighing just 2 lbs) and the lights stayed on almost all night. I'm so thankful for innovative folks who care about these babies! 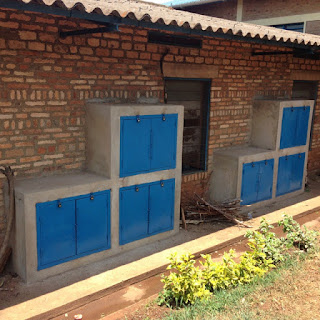 And speaking of innovation, based on a design we saw at a similar hospital (Kibogora in Rwanda), the construction team put lockers outside for the patients to keep food in. So now there is no more food in the NICU! Hoping that will help maintain hygiene for our babies. 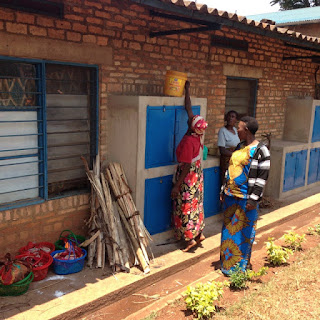 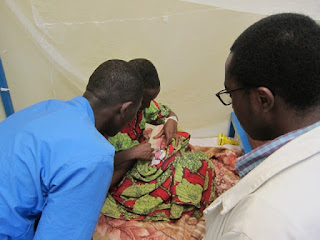 The peds team is thrilled with how easy it is to care for babies in this new setting. And it's convenient, too, being right next to our other peds patients rather than in a separate building with the OB patients. 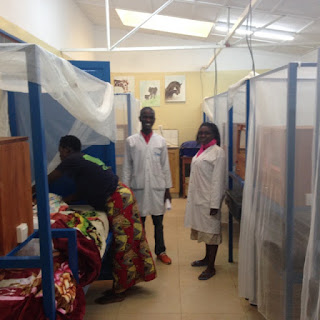 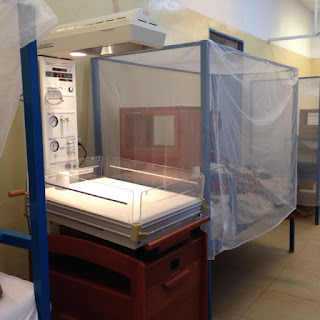 And we have one fancy infant warmer donated by World Medical Mission (Samaritan's Purse) that arrived on a container last week that is perfect for placing IVs in tiny babies with adequate lighting and warmth. No more bringing premies outside to place IVs!

So thanks to all the big picture people who made this NICU a reality in our corner of the world - including the many supporters who dreamed big about what their dollars could do far from home.
Posted by Alyssa at 7:11 AM

That is beautiful.Somuch accomplished with seemingly little at hand.Am so amazed and excited ,that's a gift of love.God bless you all.I am so encouraged to keep doing the best wherever i am and loop in support.yaaay!

That is beautiful.Somuch accomplished with seemingly little at hand.Am so amazed and excited ,that's a gift of love.God bless you all.I am so encouraged to keep doing the best wherever i am and loop in support.yaaay!

May God bless you Dr Alyssa and all the donors. I am not there but I share the joy of this new achievement. GLORY BE TO GOD

This is beautiful, Alyssa! It is amazing how much has been accomplished on all levels at Kibuye. Truly, God is at work in a powerful way. May He continue to bless the work done there and bless the support that enables your team to continue the ministry there.

How wonderful! I am thankful for the Grants and especially for you for making this a reality. Love from Birmingham.

This is fantastic!! I'm so thankful for the many heads, hands and hearts that had a part in this. Beautiful!!

Hooray! Had seen the pre-opening photos but the team was waiting to surprise you. Collect
Some survival data and present it with the designs at CMDA

So excited to hear of God working and providing, this brought tears to my eyes in reading it! Thanks for sharing and for all you do! Love, the Cordells