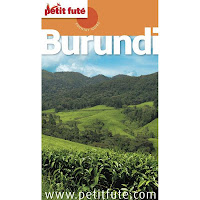 Being a small impoverished country of 10 million people without an ocean coastline or safari animals, Burundi is generally included in tour books of East or Central Africa with just a few pages of acknowledgement. So I was shocked to discover this 384 page country guide of Burundi at a bookstore here in France. And bonus for language learning: it's in French! I've enjoyed reading this recently published (November 2012) book on Burundi and have learned a lot about our future home. The first third of the book gives a lengthy account of the history, culture, language, arts, etc. of the country as a whole and I share with you now some of the highlights:

We look forward to experiencing firsthand the people, culture, and places of this interesting country. And here's our first picture of all 17 of the McCropders (since we added baby Toby) who will be arriving in Burundi in 80 days! 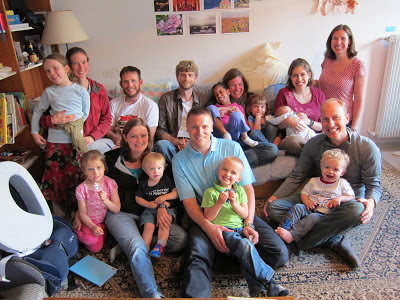 Email ThisBlogThis!Share to TwitterShare to FacebookShare to Pinterest
Labels: book of the month, burundi

ooHm, I think we need to procure a copy of this book while we are there in just a few short weeks! Do you have an official DUB (days until Burundi) countdown going now?

Amohoro as you prepare further for this grand adventure. Interesting insights into your new Burundian home.