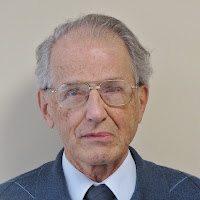 Dan Fountain died last week at the age of 82.  Many of you have never heard that name before.  Dr. Fountain was a missionary surgeon who served for over 35 years in DR Congo with his family.  But perhaps just as significantly, after he returned to the US he spent his entire retirement teaching and training the next generation of missionaries and missionary doctors about community health, whole person care, and other important lessons he had gleaned from many years of service in Africa.  Eric and I heard him speak at a Louisville medical missions conference in 2003 and were struck by his insight and creative ways of thinking and teaching nationals.  Most of us McCropders listened to his DVD course on Whole Person Care as well, thanks to MedSend, an organization that pays our medical school educational debt (and an organization that he helped co-found).  And we have since heard him speak at a number of conferences, including a CMDA "deployment" conference in 2009 for young medical missionaries.  Dr. Fountain's life is certainly one that touched many people around the globe, and his legacy will live on through the thousands of people he helped to train.

Hearing about Dr. Fountain's death made me start thinking about what lies ahead for me.  At the age of 33, I have almost my entire career in front of me, and potentially a retirement as well.  I have been called to go to Burundi...a country I had barely heard of three years ago.  And yet already in the country there is a missions hospital and a medical school.  Someone started these places.  Someone planted seeds many many years ago.  Missionaries from all over the world have been working in Africa for hundreds of years, bringing the Gospel, bringing education, bringing health and hope and healing.  I can go to Burundi because of some of them.  Other missionaries have invested in young lives--teaching and encouraging youth, medical students, residents.  I can go to Burundi better equipped and better prepared because of some of them.  Our whole team stands on the shoulders of people who have sacrificed much to go before us.  Some of these people are unknown, and others (like John and Jason's parents) are quite close.

I remember at times like these that we are a body of believers; we are a community in Christ.  We do what God has called us to do not by ourselves, but because of and with those others who have also been faithful to the call--people who go, people who give, people who pray.  People who went before, people who are coming after.  Dan Fountain was one of those people who spent a lifetime investing not only in the NOW but in the future, and I pray that through my life, my career, and yes, my retirement, I can be one of those people too. 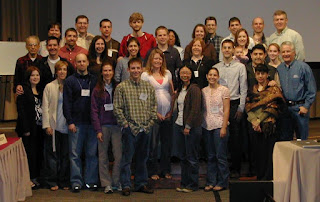 The McCropders at the 2009 CMDA conference...Dan Fountain is pictured at the left of the group
Posted by The Drs. McLaughlin at 5:00 PM